Build-Up was made with five acrobats and shows their bodies as they build structures that quickly collapse. There is a short excerpt of the film on Vimeo. With thanks to performers: Lucy Frost, Owen Gaynor, Michaela Kurkiewicz, Scott McQuade, Laura Sumner.

A live event, Build-Up: A Practice took place at the gallery on the final day of the exhibition where four of the acrobats were directed in a series of exercises, which they repeated for around one hour until their structures had become shaky and unstable. Documented here in a film by Sam Meech.

The work was commissioned by Castlefield Gallery and supported by Arts Council England. Some of the foptage was filmed in the Toast Rack building in Manchester as part of the Modernist Society residency. With thanks to Haleh Morevej at Manchester Metropolitan University for organising access. The work is shown here installed in the exhibition with Hayley Newman. 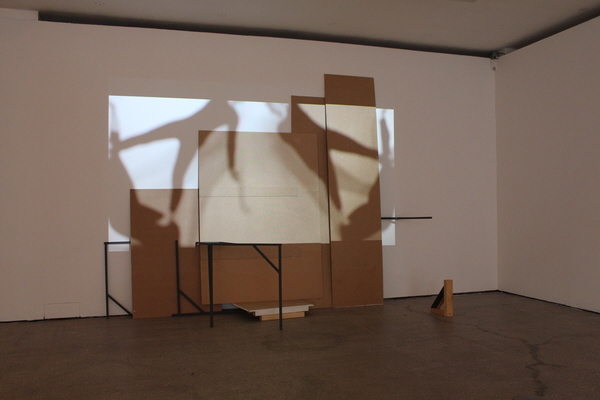