A Parade of Architectural Commas

A group of performers walk around the grounds of Yorkshire Sculpture Park as part of A Parade of Architectural Commas. The title comes from Capability Brown’s writing on the construction of a garden landscape and refers to the follies that traditionally inhabit a Georgian Garden. There are five archetypes here; the grotto, the chapel, the ruin, the obelisk, and the pyramid. I have been thinking a lot about the tease and reveal of this kind of landscape, with its carefully crafted views, but I am realising that erotic sensibility is all but impossible when a comedic pair of legs are introduced to a sculptural costume. Perhaps a photo shoot with the follies (commas) in July will better reveal their seductive side, watch this space. This was performed on May 20th, 2017 by Hannah Bitowski, Juliet Davis, Annie Harrison, Joseph Jackson and Vicky Sharples. 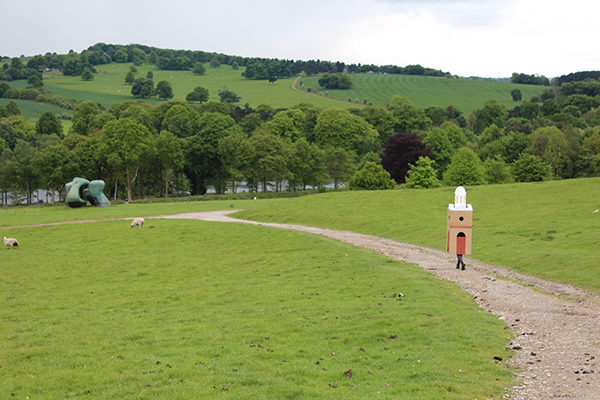