I have been a tad lax on updates recently! A few exhibitions have gone up (and come down) in the meantime including 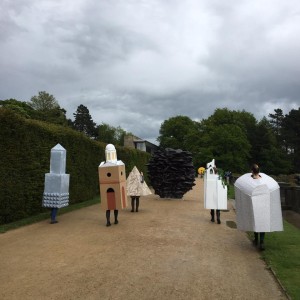 as part of the last exhibition, YSP commissioned a new piece of work (well, strictly speaking two, as the film in the exhibition is also newly commissioned by them). Last weekend a group of performers took a walk around the ground as part of A Parade of Architectural Commas. It’s always strange testing out a new piece in such a public way and there was lots to think ab

out and changes to make for the next outing as part of their 40th birthday celebrations on July 16th. The title comes from Capability Brown’s writing on the construction of a garden landscape and refers to the follies that traditionally inhabit a Georgian Garden. 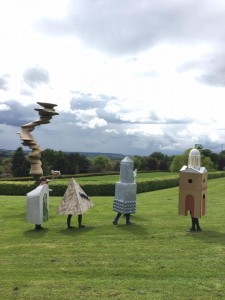 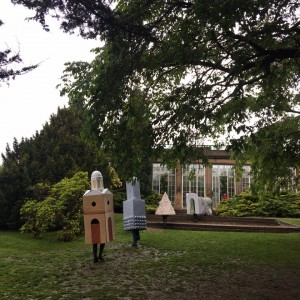